Text by Jon Brunberg for the Ideas for Change blog, published in January 2010

One of the events of 2009 that I found to be among the more surprising, was the decision by the Nobel Peace Prize Committee to award Barack Obama the Peace Prize. The man had barely been in office for one year when he was awarded and the most he had achieved in the area of peace was to formulate an initiative for nuclear disarmament. Was the state of the world really so awful that there was now only good intentions left to promote?

Some voices were fiercely critical of the decision. The Irish peace campaigner and 1976 Nobel Peace Prize laureate Mairead Corrigan Maguire was quoted in a New York Times article as saying: "They say this is for his extraordinary efforts to strengthen international diplomacy and co-operation between peoples, and yet he continues the policy of militarism and occupation of Afghanistan, instead of dialogue and negotiation with all parties to the conflict. ... The Nobel committee has not met the conditions of Alfred Nobel's will, where he stipulates it is to be awarded to those who work for an end to militarism and war and for disarmament."

The committee obviously wanted to influence future events, a "preemptive peace strike" if you like, but what they got was instead a decision by their laureate to increase US troops in Afghanistan only weeks after the prize ceremony. It started to smell like a major embarrassment for the people in Oslo.

It is not the first time that the The Nobel Peace Prize Committee is in the eye of the storm, but what seems at first sight to be an institution that has lost its compass, may actually be an institution in perfect sync with its time. A quick look at the list of laureates reveals that it has seldom in recent years awarded individuals or organizations where peace is at the core activity or issue (with the shining exception of the Finnish mediator Martti Ahtisaari in 2008). Undoubtedly Grameen Bank, Al Gore or Wangari Maathai deserve awards for their work, but what the committee actually states between the lines by constantly refraining from giving the prize to peace organizations is that there are none worthy the prize. Or even worse: that it is undesirable to work for peace in an organized manner. I have to go back over twenty years, to 1997 and the International Campaign to Ban Land Mines, to find a good example. Surely there must be other similar organizations whose actions have made an impact during the last twenty years? I can think of a few.

I would say that this tendency is quite symptomatic for our time, in which the peace efforts worthy of promotion seem to be such that are handled by armies or police forces, trough "humanitarian intervention", with "peace-keeping" and "rapid deployment" as keywords. The Orwellian newspeak classic "war is peace" has perhaps never seemed more relevant than today where peace is "waged" trough warfare, where peace no longer seems to be synonymous with non-violence, disarmament and peace building.

It was when I visited the Nobel Peace Prize Gallery at Le Mémorial in the French city Caen in August that I was first struck by this ambiguous approach to the issue of peace. Right from the start the Peace Prize Committee awarded military people such as Theodore Roosevelt, who received the prize in 1906, side by side with pacifists and humanitarians, such as Carl von Ossietsky, the German journalist who became a pacifist after the first world war and who subsequently promoted peace relentlessly trough activism and his writing (When he received the prize in 1935 he was incarcerated by the Nazis and could not come to Oslo. He died three years later from the tuberculosis he retrieved in the concentration camps). In reality the Nobel Peace Prize never was a stand for pacifism, even though pacifists were sometimes awarded. But that was quite a long time ago.

Some, as Scott Horton in Harper's Magazine, sides with the people in Oslo in when it comes to Obama being given the prize. I don't. Instead I ask myself why it seems so difficult to promote the Ossietsky's of today. 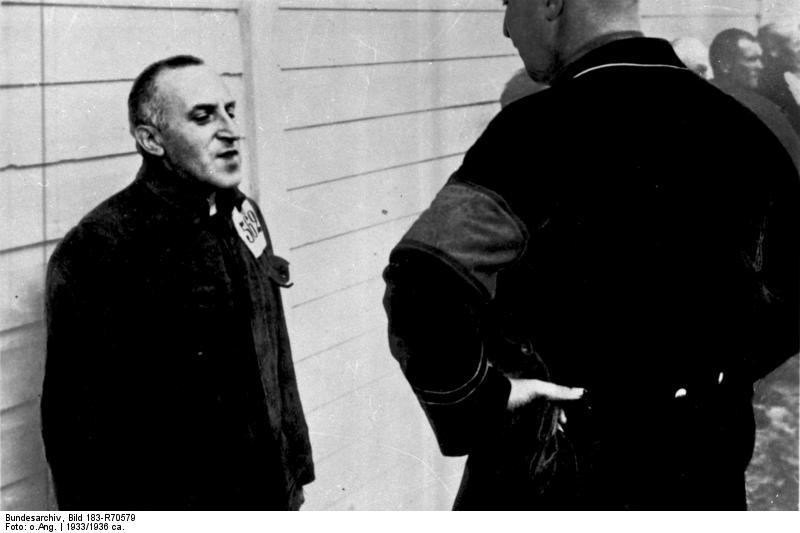